On November 7-8, representatives of the Security Council members attended a workshop with their counterparts from the five countries chosen for 2020 (Estonia, Nigeria, Tunisia, Vietnam, and Saint Vincent and the Grenadines). The event, convened by Finland, was one of two annual opportunities for members of the Security Council to discuss their collective efforts – the other, a retreat with the secretary-general, was held in May – and their conversations could have been quite frank.

According to a detailed summary of the past workshop, “one participant regretted that there is a prevailing image of the Security Council as a body that is becoming less effective and less influential over time.” Similar lamentations would be heard this year. As Crisis Group noted in a report at the end of April–Published on the eve of the retreat with the Secretary-General–, the Security Council seriously stumbled in the first months of 2019. Its members “bitterly discussed Venezuela, had difficulties in sustaining the Yemeni peace process, and it was not reached common positions on the events in Sudan and Libya.” Six months later, the diagnosis largely remains. The Security Council has not discussed Venezuela since May – even members who wanted to do more think the crisis is too polarized – and find it difficult to respond to the recent outbreaks of violence in Yemen. Other challenges have been hesitantly responded to, including the Kashmir crisis and Turkey’s foray into Syria.

Many commentators only remember the Security Council when diplomacy breaks down, and one or more permanent members resort to veto.

Many commentators only remember the Security Council when diplomacy breaks down, and one or more permanent members resort to a veto. Still, this year has not been particularly dramatic. China and Russia jointly vetoed two resolutions promoted by the West – one in February demanding new elections in Venezuela and another in September demanding a ceasefire in northwestern Syria – in line with the numbers of recent years. But it is a mistake to focus on vetoes as the only – or even the most widely used – indicator of the dysfunction of the Security Council.

Looking closely at the UN, three subtle but disturbing trends have been in evidence since April. The first is a gradual but significant resentment in relations between China and the Western members of the Security Council. The second is the widening divisions between the United States and its European allies over the forum’s role in responding to problematic dossiers such as Syria or North Korea. The third is the growth of disputes over how the Security Council deals with crises in Africa – which has created a divide between African and non-African diplomats, and even among African officials themselves – that the Crisis Group covered in a report in June. These three trends are worth evaluating. 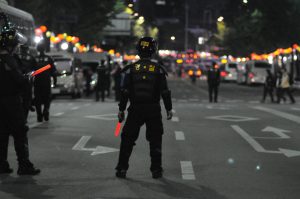 The most significant of these changes concern Western relations with China. As Beijing gains influence in the UN system, worrying US political circles, the Asian country has generally been more cautious in the Security Council than in other multilateral forums. Western members have generally reciprocated, avoiding friction with the Chinese on all but some matters. Even on a divisive Asian issue like the Rohingya crisis in Myanmar, the Europeans and the US have refrained from forcing China to veto resolutions attacking the government in Naypyidaw, in contrast to their recurring public fights with Russia over Syria.